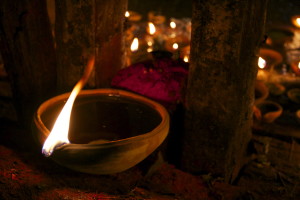 There is clear historical evidence that the ruling dynasties of erstwhile Kamarupa, who worshiped and patronized the Peethas / Temples of Kamakhya Temples’ Complex, brought select, skilled specialists from various parts of India to serve the temples and take part in the elaborate religious duties. All the Sebaits offer their sincere and dedicated services towards the proper management of the entire religious tradition (regular and special worship, festivals, and other duties) as well as other affairs related to the management of the temples, and have done so since their ancestors were brought to serve in this capacity.

The religious daily schedule of rituals and other necessary duties of the Kamakhya Temples’ Complex is unique, starts very early in the morning, and ends in the very late evening. This unique religious culture has evolved out of the traditional scholarship and practice of the Sebaits, and the process continues today. The essence of the system and tradition is its practical approach, and the rhythmic style of the puja and rituals, guided by the Kulacara Tantra Marga of Kamakhya.

To be eligible as a Sebait to participate in the ritual worship of the Kamakhya Temples’ Complex, the male member(s) of a family of the Sebait groups has to go through the process of Diksha (initiation) under the Guru traditionally associated with their family. The Guru-Shishya parampara (lineage tradition) is an inseparable part of the system and tradition of the Kamakhya Temples’ Complex. Without Diksha (initiation), some groups of Sebaits are not allowed to offer religious and ritual services in any worship in any temple in the entire complex. Though the initiation is the primary criteria for qualification of a Sebait to become a part of ritual system and traditions, there are some Sebait groups who do not necessarily have to be initiated to offer their services.